By The Grotas Firm, PC 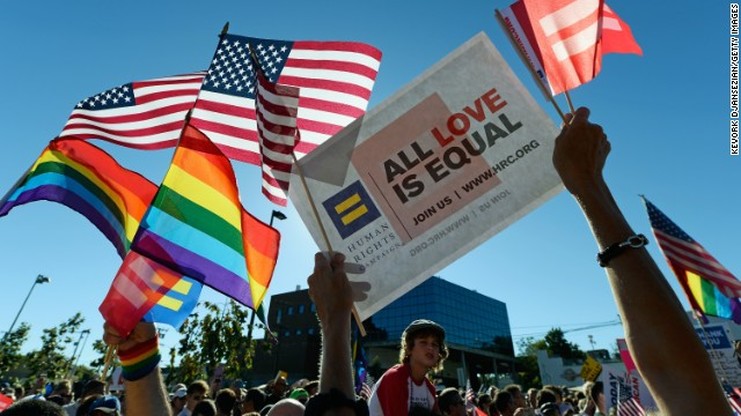 Today, the Supreme Court of the United States held that the Federal Defense of Marriage Act violated the Constitution. In doing so, SCOTUS held that the federal government can no longer deny same sex couples more than 11,000 benefits which heterosexual couples enjoy.

One of the benefits which same sex couples will enjoy is the right to petition for their husbands or wives to get a green card. This is a fundamental change in immigration  policy.  The wait has been far too long for many same sex couples. Many same sex spouses suffered because prior to this change, a same sex spouse had no right to remain in the United States despite the fact that he was married to a United States Citizen. An immigrant would remain in legal limbo and not be allowed to receive work authorization.

Now, a same sex spouse can receive a green card based upon their marriage to a United States Citizen. The spouse must have entered the country legally and have a criminal record which will not raise any red flags. If the spouse has a criminal history they will be eligible to seek amnesty from immigration.

I am attending the American Immigration Lawyers Conference in San Francisco where the head of the Department of Homeland Security, United States Customs and Immigration Services will speak on how they plan to change policies in light of the recent decision. I plan on updating my blog as soon as I know.  I can only hope that USCIS will act quickly in implementing this policy.

While each case is unique, we will always work to achieve the best possible outcome for yours. All content © 2020 The Grotas Firm, PC.
Español